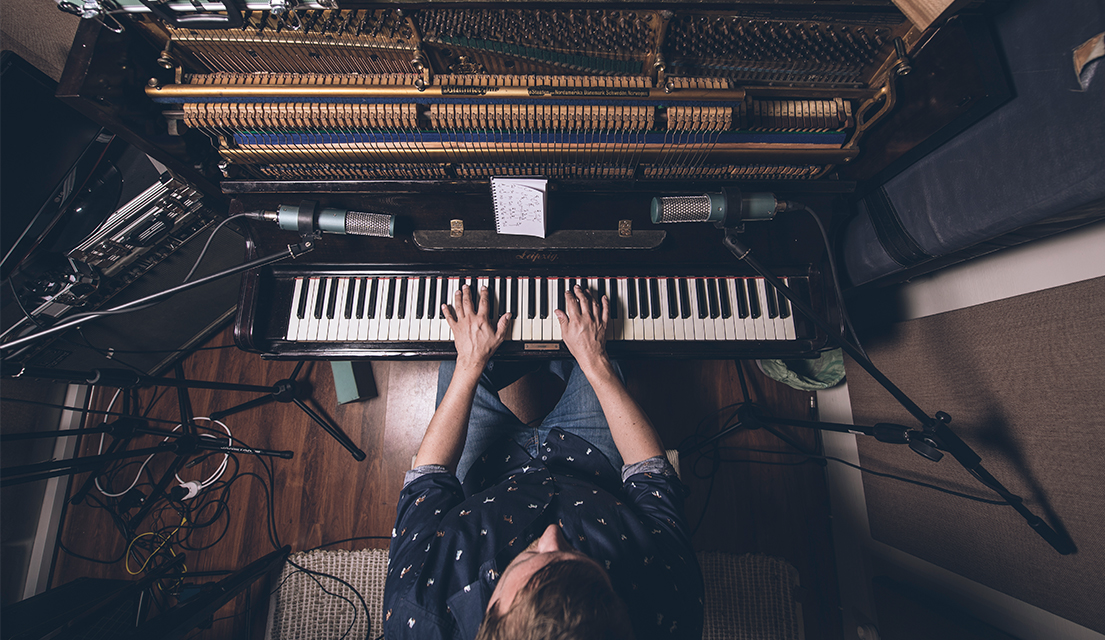 Matt Nicholson is an award-winning composer with extraordinary versatility. Matt scores commercials, TV and film for projects on both sides of the Atlantic.

Recent highlights include collaborating on a headline-grabbing Baroque-pop hit with Amanda Palmer, and winning a Music and Sound Award in the advertising category for his track ‘Solstice’ used by Bang and Olufsen.

Classically trained in his native Britain, his versatility has always been his signature – in his early years he sang with the English National Opera, played drums at Glastonbury, and French horn in a variety of Symphony orchestras. He also won chamber music competitions as a pianist.

Later, he moved into production, engineering at commercial studios in London and South Africa. He built the first mastering studio in East Africa and worked as FOH engineer for Chaka Khan and Ludacris.

Since then, he has recorded with some of the world’s top orchestras and has created hundreds of published works, including albums for Universal, Position, Ninja Tune, Cavendish, Felt, Riptide, Elias and Audio Network.

Matt is as comfortable and confident scoring for FTSE 100 brands as he is working alongside popular recording artists. He has an exceptional talent for capturing emotional sensitivity in precise detail through his work, and his diligence and commitment give him an unfaltering professional integrity. He’s also great fun to work with.